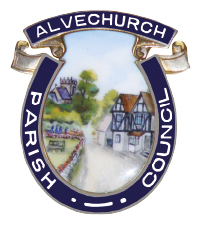 Local Councils in England were given a General Power of Competence (GPC) in the Localism Act 2011, Sections 1-8. This means that Councils, once adopting the power, no longer need to ask whether they have a specific power to act. The General Power of Competence Localism Act 2011 S1 (1) gives Local Authorities including … local councils “the power to do anything that individuals generally may do as long as they do not break any other laws”. It is a power of first resort. This means that when searching for a power to act, the first question to ask is whether you can use the General Power of Competence. To find the answer, you ask whether an individual is normally permitted to act in the same way.

Sometimes a Council can do things that an individual can’t do such as creating bylaws, raising a precept or issuing fixed penalty notices but it must do so using the specific original legislation. The General Power of Competence does not mean the Council can delegate decisions to individual Councillors. This is a procedural matter that remains enshrined in law.

Please click on the link below to read more about the:

The Local Council Award Scheme supersedes ‘Quality Status’ and exists to celebrate the successes of the very best local councils, and to provide a framework to support all local councils to improve and develop to meet their full potential. All local councils want to serve their local communities and make a real difference to the lives of the people that live there. This scheme offers all local councils the opportunity to show that they meet the standards set by the sector, assessed by their peers, and to put in place the conditions for continued improvement.

The scheme was created in 2014 and is managed on behalf of local councils by the Improvement and Development Board (IDB).

Please click on the link below to read more about the:

Information on the new community #bus in #Alvechurch and #Hopwood - please share in your local networks! https://t.co/PwrB9nY0BU

RT @Supt_Hancox: Pleased to see over 27,000 people across @WMerciaPolice area have now signed up to stay in touch with their local safer ne…